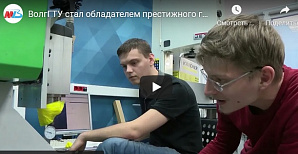 Almost 60% of industrial cities in the south of Russia have lost a considerable part of their population over the past 15 years. Therefore, the economists of the VSTU decided to solve the problem. The Flagship University of our Region has won a prestigious grant from the Russian Science Foundation. Now the leading economists of Volgograd will actively develop a plan to "reanimate the old industrial cities" - this is the exact theme of the project, on which the VSTU students are starting to work.

Volgograd economists with the help of the gained grant will conduct a       large-scale study to find out the reasons for the decay of cities. Why do young people run away from their small homeland and do not plan to return? How do million-plus cities and ghost-towns coexist in the same country?

The task for our economists is to develop a detailed action plan and to restore the image and standard of living of cities. Investments are not enough to return cities to their former attractiveness. A damaged environment, a lack of jobs and a decent pay are just a few aspects that need to be reanimated. To develop strategic models for the recovery of the economy of industrial cities, economists will rely, among other things, on the experience of Volgograd. In recent years, the city has been actively working on the restoration of industry and the development of the innovation sphere. And this is the merit of scientists and students of the VSTU - they have a huge number of gained grants and useful developments that direct not only the region, but the whole country to a new path of growth.