Volgograd - Coventry: Students and teachers of VSTU took part in an online meeting 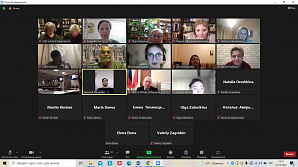 On the 1st of February, on the eve of the 79th anniversary of the victory of the Red Army in the Battle of Stalingrad, an online meeting was held between representatives of our city and Coventry, the first twin city of Stalingrad-Volgograd since 1944. One third of the meeting participants were professors of the Russian Language Department and foreign students of VSTU. The meeting was also attended by students and teachers of Volgograd State Medical University.

Undergraduate international students of VSTU demonstrated in Russian and English languages their knowledge of history of the Battle of Stalingrad, of memorial sites of the city, of memorable gifts of the people of Great Britain to Stalingrad.

Diplomacy is a thread of memory from the past to the future, which should not be torn. 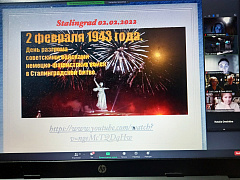 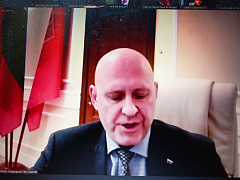 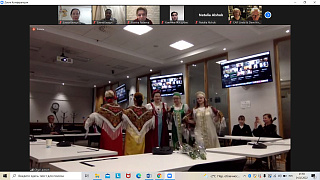 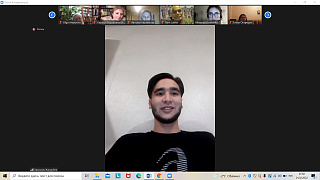 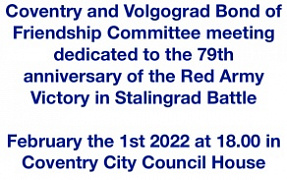