Valery Falkov: A decision on an education format of the next academic year will be made in August, taking into account the epidemiological situation 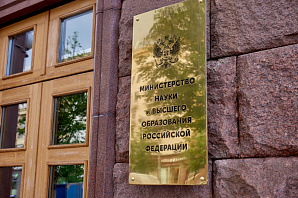 First of all, Valery Falkov, The head of Ministry of Education and Science, noted that by the end of the next week the work of state examination and attestation commissions in most universities of the country will be completed.

"Currently, the pandemic situation in the regions is different, so depending on the situation, the format of conducting state examinations differs. For example, in Moscow and St. Petersburg, many universities have switched to a remote format of work, "- told the head of the department.

In June, an enrollment campaign was launched in all regions of the country, as well as in branches of Russian universities abroad. The Minister once again noted the state-funded places` increase, primarily in the regions, and told about features of the enrollment campaign, taking into account the epidemiological situation.

"Having experience in the 2020, we initially provided various options for remote communication of applicants with universities` representatives. The first and easiest way is to send documents using post-office services. Secondly — all universities have their own information systems, and applicants can submit their documents for admission through their personal accounts. In addition, since last year we have been actively using the service "Admission to universities online", - said Valery Falkov.

He added that the admission to universities is mainly based on the results of the Unified National Exam and does not require the personal presence of applicants. However, in a number of educational areas, additional entrance tests or tests of a professional orientation are traditionally provided.

Taking into account the difficult situation, the absolute majority of universities have transferred these tests to a remote format. Instead of an interview, a test is conducted, instead of a full-time exam - an assessment of an essay or a creative portfolio.

In addition, Valery Falkov noted that the upcoming academic year in all universities of the country is scheduled to begin on September 1. However, the question of the educational process format in the new academic year is still open.