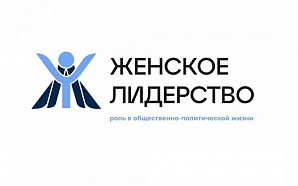 International youth forum “Women’s leadership: role in social and political life” has been held from December 21 to 23. Fourth year students from the faculty of automated systems, transport and armament of VSTU Anastasia Bandurko and Elena Pisareva (their research advisor – associate professor of the department “History, culture and sociology” Anufrieva E.V.) have participated in this forum.

One of the key topics of the forum was “Woman in science” which was discussed on December 22 within the framework of a roundtable discussion “Women in exact sciences: problems and opportunities” and the section “International scientific problems”. The participants discussed historical women’s contribution to science. “Matilda effect” was also mentioned during the forum as a systematic denial of women’s contribution to science, understatement of significance of their work and attribution of women’s achievements to their male colleagues.

Speakers of the roundtable discussion have highlighted such problems of women’s discrimination as stereotyped attitude, low wages (in average 20% lower than men’s wages for the same work done); restrictions in professional choice, women’s lack of self-confidence. The attention was also paid to women’s status in IT sphere and digital economy. The speakers shared the stories of their success and gave precise advice. The participants were told about the results of the research, dedicated to the academic performance of boys and girls in math, conducted by one of the speakers. According to its results it has turned out that girls have better academic performance than boys throughout all years of study, but because of lack of self-confidence the girls themselves believe that they don’t know the school subject very well, while boys are more self-confident.

Our students point out that they like the forum for its informational content, topicality, great organization of moderators and speakers and of course for its amazing atmosphere.