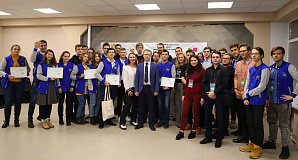 Volgograd technical university takes an active part in the development of the entrepreneurship activities in the youth environment.

The regional stage of the all-Russian competition of young entrepreneurs took place at VSTU.

The competition was focused on engaging students and young scientists in solving major, urgent tasks, connected with the development of Russia by initiating and implementing the specific practice-oriented projects on a team basis. The projects were considered in the following directions: Autonet, Aeronet, Marinet, Neuronet, Safenet, Technet, Foodnet, Helsnet and Energynet. The obligatory condition of the competition was to propose new approaches, ideas at any stage of readiness in order to solve the existing problems and tasks, and justify their applicability and operability.

Teams from the leading Volgograd and regional universities, including teams from Volgograd State Technical University and Volzhsky Polytechnic Institute (branch) of VSTU took part in the regional stage of the competition.

The participating teams needed to conduct a marketing research and prepare a project based on their experience and analysis.

The 1-st place was taken by the project of a team of German Prokudin (VSTU). The jury found the project “Innovative method of manufacturing small-volume production of cases of electrical appliances” to be the most topical, having possibility for implementation and worthy of the winner status.

The team of Emin Nasirov (IACE) with the project “Elaboration and implementation of a high-tech defence” won the 2-nd place.

The 3-d place was given to the team of Polina Karaulova with the project “Development of the system of intellectual analysis of an architectural composition” (VSTU).

The winners – all five teams- will take part in the final round, which will take place from 8-th to 12-th of December within the framework of the National exhibition “VUZPROMEXPO” in Moscow.

Apart from the defence of the competitive projects, there was an extensive educational program, which included meetings with the representatives of business-communities as well as workshops, focused on the creation and support of the technological startups and development of the invention projects.

Ministry of Science and higher education of the Russian Federation was an organizer of the all-Russian competition of young entrepreneurs, LLC “Media Park” was an operator of the competition and VSTU was its regional platform. 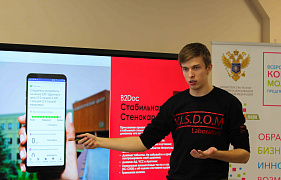 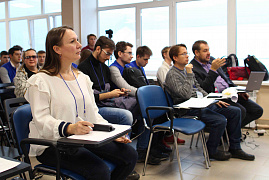 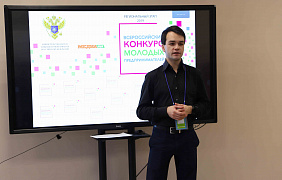 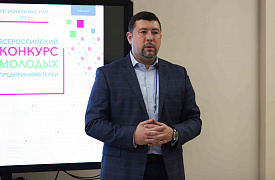 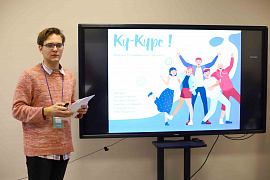 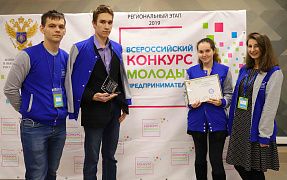 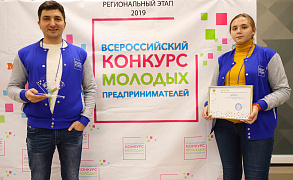 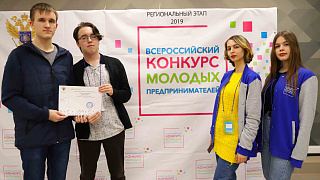