We are one family 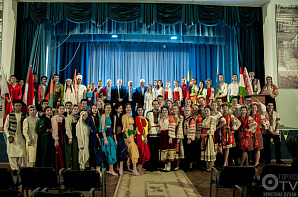 The festival “Shared sky” has been held at the Institute of Architecture and Civil engineering of the flagship university, for the sixth time in a row, prior to the National Day of Unity. This year the event, which is beloved by many students and employees, has a special status, that’s why it is organized with the grant support of the administration of the Volgograd region, what has allowed to expand the range of focus areas of the festival.

On October 23 sportive stage was started. For two days the teams, combined from representatives of different countries and nationalities, studying at the Institute of Architecture and Civil engineering, competed in football and tug of war. Having passed serious crucible of test matches, the teams, represented the Russian Federation and Tadjikistan met in the final of football competition. In the toughest battle representatives of Russia won with the score 3:2. The third place was deservedly taken by the students from the Republic of Dagestan .

Friendly team from the international voluntary body “AIST” celebrated the victory in tug of war. The second and third places were respectively taken by the teams from Afghanistan and Egypt. We congratulate the winners and awardees!

The main festival holiday was on October 31 in the auditorium of the institute. Before the start of the event numerous spectators had the opportunity to taste national dishes. Then representatives of 12 nationalities, who are studying at our university told the auditorium about their customs and cultures using songs, choreography and national costumes.

Welcoming speech was delivered by the deputy head of the Committee on Nationalities and Cossacks of the Volgograd Region Nikolay Moskalenko, the deputy head of the Committee of Education, Science and Youth Policy of the Region - Sergey Nikolayevich Kanishchev, the chairman of the Volgograd Regional Public Organization "House of Friendship" Kazbek Georgievich Farniev, the chairman of the Council of Elders of the Volgograd region Arsen Chermenovich Daurov and head of scientific work of the Institute of Architecture and Civil engineering of VSTU Oleg Vasilyevich Burlachenko. The speakers gave letters of appreciation to all the participants of the competitions and creative part of the festival, whereas winners and awardees got honorary certificates.

Charming atmosphere of the Middle East, energetic dance, performed by the company “Rhythms of Caucasus”, effervescent Slavic circle dances, graceful composition with hand fans, performed by girls from Korea and interesting stories on history, lifestyle and national costumes did not allow the audience to feel bored just for a minute. The event ended with a traditional commemorative picture or a group portrait of a big, friendly, international family. 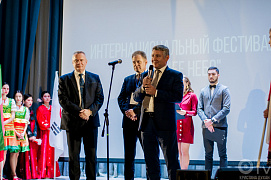 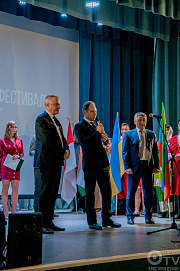 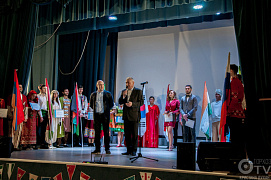 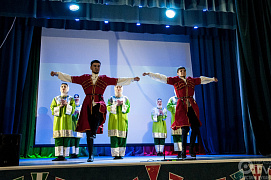 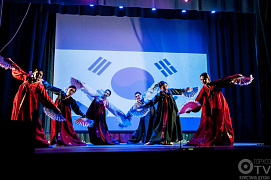 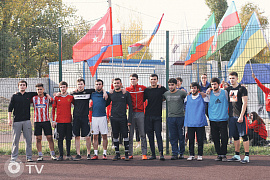 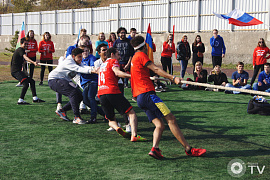 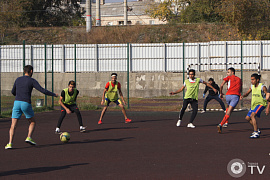