Students of VSTU are going to conquer the North Pole 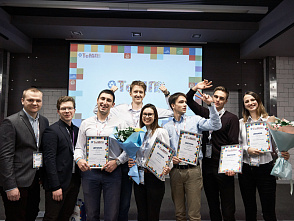 The tournament was held in Nizhny Novgorod from December 11 to 14 at the hotel “Marins Park Hotel” in the very center of the city. The tournament of young professionals – is an ambitious project of the State Corporation “Rosatom” and its Academy, focused on the engaging of young professionals into the industry. This year more than 2000 people have taken part in this tournament (students, master’s degree students and Ph.D. students) from 200 universities of Russia. Only 20 teams, which presented the projects in five relevant focus areas: environmental policy, new materials and process technologies, sources of energy, digital products and artificial intelligence, medicine and biotechnologies, have reached the final.

Aram Khachatryan told us about his participation in the tournament: «Our team consisted of 8 people from absolutely different cities and completely different universities. The aim of the team was to unite, create a promising project and present it firstly in the semi-final to the experts, then in the final to the potential employers, including deputy chief executive officer – director of the development office and international business of the State Corporation “Rosatom” K.B. Komarov, personnel director of the State Corporation “Rosatom” T.A. Terentieva and others.

Our team “Vladimir Asmolov” presented to the jury the project “System of monitoring of the loads of engineering constructions” and won the first prize! We proposed to create a sensing system and elaborate a software for it in order to assess the current state of the complex constructions and anticipate potentially dangerous situations, for instance, on bridges, pillars and other constantly loaded constructions. The main prize is that in August 2020 our team is going on the expedition to the North Pole on board of the atomic ice-breaker “50 years of Victory” and will be able to realize the project together with All-Russian Research Institute of Automated technologies named after N. L. Duhov.

We congratulate our students with this victory! 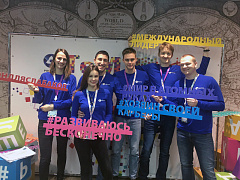 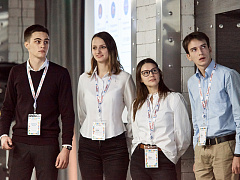 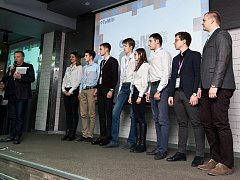 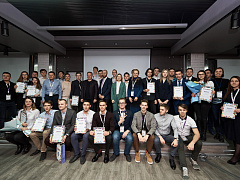 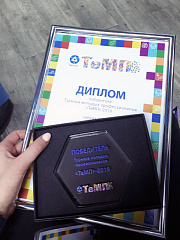 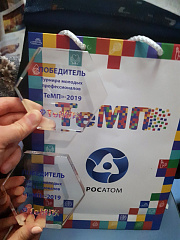 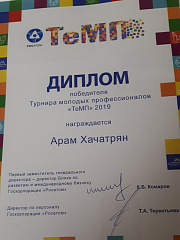 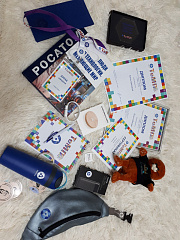