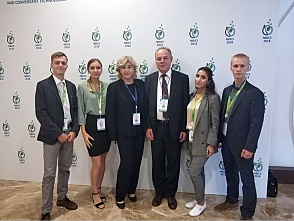 The International forum under the aegis of the United Nations "Global Forum of the convergent and nature-like technologies" took place on the 28th and the 29th of September in Sochi by the President of Russian Federation Vladimir Putin's order within the framework of the project organized by the National Research Center "Kurtchatovsky Institute" and UNIDO.

The Assistant to President of Russian Federation Andrey Fursenko, President of RAS Alexander Sergeev, Minister of Science and Higher Education of RF Mikhail Kotukov, first deputy minister Grigory Trubnikov, deputy minister Marina Borovskaya and other researchers of Russia and countries across the world became the participants and speakers of the forum.

Headed by the Rector of VSTU and Academician of RAS Vladimir Lysak, the delegation of the Flagship University took part in the work of the forum.

The event united the leading researchers of Russia and other countries all over the world, experts, industrial and government representatives. The participants discussed the capacity of the modern technologies to help people keep the nature and resources of the planet safe.

The specialists are sure that the achievements of Russia in the area of the nature-like technologies were demonstrated during the forum and this event will contribute to the improved positions of Russian science in the world. 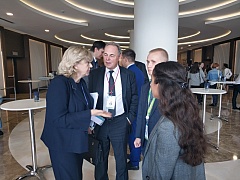 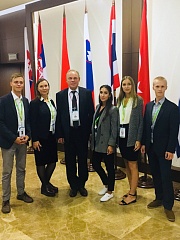