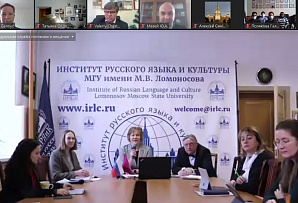 Final concert of the Х-th Online-festival of friendship, which is annually organized by the department of Russian language for foreign students of the Faculty of natural sciences of Lomonosov Moscow State University for students, master degree and postgraduate students and trainees who study Russian as foreign language or non-mother tongue. This year the concert was dedicated to the Russian song culture: wartime songs, compositions from films, folk works and romances.

VSTU is a permanent participant of this festival, what was specially noted by the organizers of the international holiday, and our students annually become awardees and prize winners. This year Enedgean Gurbanmukhammedova has become a prize winner and made a welcome speech during online connection. 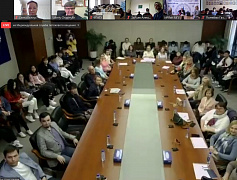